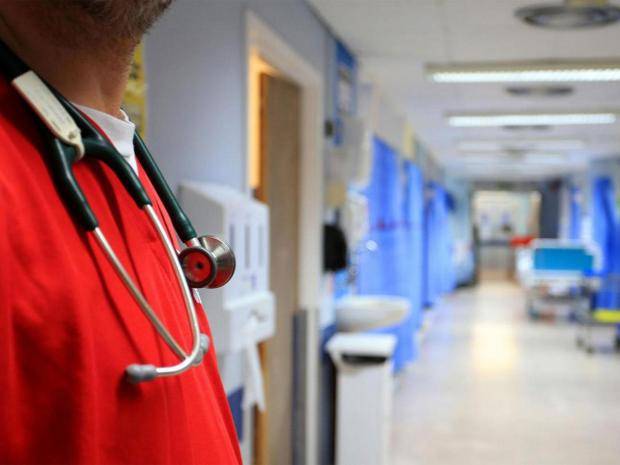 It’s no secret the NHS is under an intense amount of strain right across the UK. In the wake of the Brexit vote, there was deep concern that leaving the EU could cause even further problems for an already overstretched health care system. After all, in NHS England 10% of hospital doctors and 7% of nurses are from other countries in the EU.

In Scotland, where every single NHS trust area voted to remain in the EU, more workers have left the NHS than joined since the Brexit announcement. But is Brexit really the culprit for the drop in NHS workers? Or is there more at play?

While the majority of trusts (11 out of 14) have had more leavers in 2016-17 than the previous period, when it comes to joiners some NHS Scotland trusts have fared better than others. Over half of NHS Scotland trusts have seen an increase in staff joining since the Brexit vote, with 8 out of the 14 trusts gaining new staff members. NHS Ayrshire & Arran had the highest increase with 56.6% more joiners in 2016-17.

The NHS Highlands has also been affected, and had 2,069 joiners in the period 2012-13 compared with 948 joiners in 2016-17. Hospitals on the Isle of Skye have recently suffered extreme staff shortages and as a result some patients have been unable to receive treatment. In the Highland city of Inverness, hospitals have also been struggling to meet an acceptable level of patient care. In August 2017, New Craigs Hospital had to restrict admissions to its inpatient psychiatric ward, and the radiology department at Raigmore Hospital is reportedly facing a crisis.

It appears the staffing crisis is more than simply a knock on effect of the UK leaving the EU. In the years preceding the Brexit vote, NHS Highland staff numbers were already in decline – with the largest drop in joiners (62%) in 2013-14. This could be in part due to the Scottish Government slashing the student nursing intake in 2012 and ongoing cuts to health care spending by the UK government.

But could the 2014 Scottish independence referendum also have been a factor?

Undoubtedly the Scottish health service was a key battleground during the independence debates. The SNP promised free healthcare would be written into the constitution of an independent Scotland and would be protected from Westminster cuts and privatisation. Health Secretary at the time Alex Neil warned a vote against independence could leave the Scottish health service vulnerable and under threat. Did this level of uncertainty leave Scottish health care workers concerned about the security of their jobs? Could this job insecurity explain the declining numbers of NHS Scotland staff? It’s quite possible.

In England, the government scrapped bursaries for nurses in 2016, which has led to a 23% fall in applications to studying nursing in the academic year 2017-18. While 10,000 more training opportunities were promised, this government pledge has failed to come to fruition. Couple this with statistics from the Nursing and Midwifery Council which show the number of EU nurses registering to practise in the UK has fallen by 96% over the last year. Just 46 nurses from the EU applied to work in the UK in April 2017, compared with 1,304 in July 2016. Anita Charlesworth, director of The Health Foundation charity said while the Brexit vote has had an effect on NHS staff, it wasn’t solely to blame for staff shortages, with ‘years of short-term planning and cuts to training places’ the more likely culprit.

Staff shortages have a knock on effect to existing staff, with the Royal College of Nursing (RCN) warning that time restraints and pressures of the job are having a significant impact on the wellbeing and stress levels of NHS staff. The RCN report Safe and Effective Staffing found 53% of nurses were upset they could not provide the level of care they wanted, 36% had to leave necessary patient care undone due to lack of time and 65% worked additional hours to get the job done.

The RCN has called for increased funding and political accountability to deal with staff shortages across the NHS. The Scottish Government has produced part one of its strategy for improving health and social care, although Audit Scotland has described the plan as confused. Far from a Brexit issue, the NHS staff shortages appear to be a homegrown problem, and the RCN has called for greater clarity across the UK on which organisational body should be held responsible for addressing it.

In June 2013, the Scottish Government launched the 2020 Workforce Vision “Everyone Matters” to ensure that everyone who works for NHSScotland is: treated fairly; empowered to influence the way they work; supported to work to the best of their ability; supported to keep their skills and knowledge up to date. http://www.gov.scot/Resource/0042/00424225.pdf