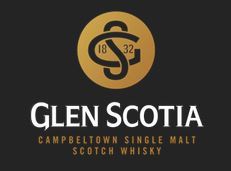 Glen Scotia has always produced two styles of whisky; peated and non peated. Typically the peated whisky is produced over a period of 6 weeks per year. These two styles will be maintained into the future as they are characteristics of the Campbeltown style which Glen Scotia is known for.

Over the years the quality of the whisky has improved with longer fermentation and vatting of the malted barley as well as a slower and more careful distillation. But overall the process remains the same as it always was. Although we no longer malt our own barley we buy in Scottish malted barley to our exact specification in order to maintain the true Glen Scotia character through our distilling process.

Our distillery is managed by Iain McAlister, who hails from Campbeltown. Iain has worked at the distillery for over 9 years and is very hands on in the day to day production of the Glen Scotia spirit. Managing a small team of only 7 the distillery is continually increasing production with Iain on hand to ensure we maintain the highest quality new make spirit coming off the stills.