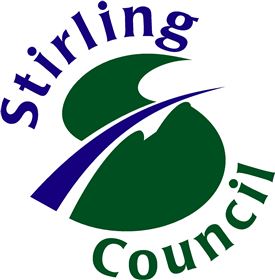 They have had a bit of practise at running local government in Stirling; they’ve been doing it for a long time. The great big castle might be a bit of a clue.

The main population centre of the area is around the historic city of Stirling and the surrounding lowland villages, with the more northern parts – more highland in appearance – sparsely populated.

This gives the council an interesting mix, from small rural schools and facilities through to larger, city centre schools and centres; parts of the Lommond and Trossachs national park also are within the Strling Council area.

Given this mix of concentrations of population and geographic spread there are 40 primary schools in Stirling and seven secondary.

Stirling is also a university city which was designated as Scotland's University for Sporting Excellence by the Scottish Government in 2008 and also has an international degree programme partnerships in Singapore, Oman and Vietnam. This gives the city a really vibrant atmosphere and a unique identity.

Stirling Council’s work has been recognised by the Convention of Scottish Local Authorities at its annual awards with gold and special awards for its redesigned waste services system.

It all makes for a great mix, enabling people to grow and develop their careers in an area which goes from a buzzing city to remote Highland landscape; from an ancient city to a modern university with international links.

And its location, between Glasgow and Edinburgh means that there is even more on offer, and international air links, only a short distance away in either direction. This central location means that commuting is also possible, so a move to Stirling does not necessarily mean having to uproot your family and children if your career’s next move takes out of the area.

Property prices are holding steady in Stirling with the average property price set at £176,052.

Stirling is a strategic place from where you can build your career and watch it grow and you can keep up-to-date with council jobs on offer here at HIJOBS.

Job Description Reporting to the Collections Team Leader, you will be responsible for the day to day leadership and co-ordination of all frontline collections Supervisors and Operatives. The successful candidate will have experience in leading

Job Description This is an exciting opportunity to lead and develop our collection service through a period of transformational change. The post holder will have responsibility for directing and leading a multi-disciplined number of professional

Job Description Gargunnock Primary School are looking to recruit a highly motivated and conscientious Support for Learning Assistant who has a strong commitment to meeting the individual needs of a range of children, including those

Job Description We are looking for a Resource Co-ordinator to join our busy and demanding Reablement & Tec team, you will work directly with the Team Leader and will be an effective communicator and team

Job Description Kippen Primary School are looking to recruit a highly motivated and conscientious Support for Learning Assistant who has a strong commitment to meeting the needs of a range of children. The post will

Job Description We are looking for an experienced social worker, with experience of youth justice work, to take on the key role of Social Worker: Youth Justice in Stirling Council. This role offers an exciting

Job Description Stirling Council is looking for an experienced Service Manager to operationally manage housing and homeless teams and strategically manage transformational change and improvements across the Housing Service. You will be a highly effective