They are pretty good at public administration jobs in Carlisle. They should be because they have been doing it for a long time now.

When the Romans first rocked up to the city limits they would have found one of the strongest communities in ancient Briton, the Carvetti tribe were running the place then; today it is headquarters of Cumbria County Council and Carlisle City Council.

Carlisle has been a strategic spot since way before Hadrian decided he didn’t need planning permission to build his wall.

Its location at the confluence of the Eden, Caldew and Petteril rivers on the main west coast route between England and Scotland and the often-moving border between the two mean that Carlisle was always going to be an important place. It has been fought over and fortified ever since. It is said to be the most often besieged city in the UK and has a long history as a garrison.

Today that gives the city an incredible history and a location that is used now for strategically growing jobs and wealth.

North West & Central (NW&C) is the 'Backbone of Britain' - the economic spine connecting our main cities. Our infrastructure runs from London Euston and Marylebone in the South through the Chiltern and West Midlands … Read more

Network Rail is at the heart of revitalising Britain's railway. We're making rail safer, more reliable and more efficient than ever before. It's a real team effort; One which calls for the collaboration of the … Read more

At Vision Express, we are committed to providing our customers with outstanding service delivered by outstanding people. Across every role in our stores, everyone has a key part to play. We have an exciting opportunity … Read more

Principal Geotechnical Engineer Following 4 years of continued success and growth in Capita's Environment team, we are expanding our teams across all levels to support our delivery of a variety of projects in the Environment, … Read more 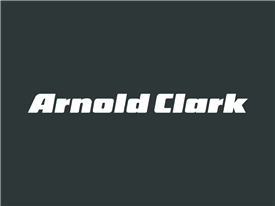 We're recruiting for a self-motivated Transit Centre Sales Manager to be based at our Carlisle Ford branch. Hours Full time, Monday - Friday 8.30am - 5.30pm, rotational Saturdays 9.00am - 4.00pm. About the role As … Read more

Network Rail is at the heart of revitalising Britain's railway. From Crossrail ' Europe's largest civil engineering project ' to investment in world-class stations and major programmes of electrification, we're involved in some of the … Read more