Dumfries is at the heart of Nithsdale, and the town is the Queen of the South and not just because it has a football team of the same name; local poet David Dunbar coined the phrase with good reason.

The town on the banks of the River Nith has long had a reputation as a bustling market town and local government centre right back into medieval times and the community developed historically thanks to its strategic location in the south west of Scotland.

Today that location is just as strategic for supplying education and health care.

Dumfries has a long reputation for doing things in a world-class style.

In the early part of the 19th century, Elizabeth, the widow of Dr James Crichton was left a large amount of money by her husband to be used for charitable work.

This grew into the Crichton Royal Hospital; a ‘lunatic asylum’ as defined by the terms of the era, and it grew into an internationally recognised centre of excellence for mental health research and care. When the magnificent Victorian properties and grounds which made up that complex were no longer needed for modern-day use The Crichton Trust was formed.

The trust’s brief is to create educational, commercial, recreational, cultural and artistic excellence and once again be an example worthy of an international recognition, this time for retaining a historic estate and developing it for the benefit of the community.

Because of its size and economic importance Dumfries does eclipse smaller communities in Nithsdale.  There is Thornhill, one of the first planned villages in the country, built in 1717 with a grid pattern to be a half-way point between Dumfries and Glasgow.

Today Sanquhar seems such a quiet place, but this is the home of the Sanquhar Declarations which more or less formed the basis of religious freedom in Scotland and the place was in turmoil for a time in the 17th century. It also featured in the writings of Robert Burns a regular visitor to the area during the course of his work. The town is Black Joan in his ballad ‘Five Carlins’. 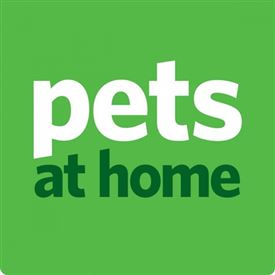 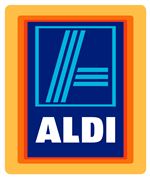 At Aldi, you'll never find yourself bored and twiddling your thumbs on the till as a Store Assistant. In fact, time will fly by. You'll do everything from checking off deliveries to dealing with enquiries … Read more

At Aldi, you'll never find yourself bored and twiddling your thumbs on the till as a Store Assistant. In fact, time will fly by. You'll do everything from checking off deliveries to dealing with enquiries … Read more 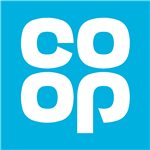 Home based covering Gretna We’re looking for a member pioneer to join us at Co-op, working 4 hours a week (16 across the month). In this unique role you’ll be focused on bringing people together … Read more

Need to know We are looking for a fantastic Pharmacist to join us on a Relief basis, to support our stores in and around Thornhill - based at Thornhill, East Morton Street. Being a Relief … Read more

How many Jobs in Nithsdale are there just now?

There are 7 Jobs in Nithsdale right now.

How can I get notified when there are new Jobs in Nithsdale?

Sign up for email alerts to get the latest Jobs in Nithsdale.

Who is employing for Jobs in Nithsdale ?

Employers like Pets At Home, Dumfries & Galloway Council, Aldi, The Co-operative Group, Boots are looking for staff to fill Jobs in Nithsdale.