If you think working for the police only means a uniform and going on the beat then think again; there is a whole army of jobs behind every man or woman on the front line.

Many employment opportunities within police forces are ‘civilian’, in that these do not involve being sworn in as an officer.

Of course there are many cross-over roles but a large part of the personnel, finance, welfare, health and safety, IT systems and  keeping police communications up and running  means you would be helping the service run smoothly and never, ever, use a pair of handcuffs.

There are also other jobs, in communications answering 999 and 101 calls and helping in other areas such as civilian investigation officers, and scenes of crime officers.

And then there are specials – the volunteer police officers who help out and this is seen as a way of entering a police career.

If policing is going to be your career then it has a recognised career structure in which you can progress through promotion and specialisation – road policing, dog or horse sections, computer crime or fraud for example. Let’s face it, for every new way criminals can think up to break the law, someone in the force is going to have to become an expert.

Working for the police can be an impressive addition to your skill set as you build your career.  You might think your next move will be a promotion within your field but outside the police, and the fact that you have worked successful for a police force will always be an eye-catching addition to your CV. 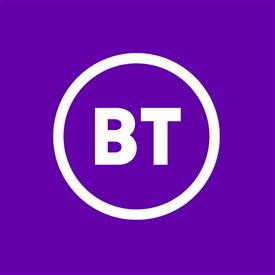 Our mission is to break down the barriers of today to release the potential of tomorrow. Join us today and release yours. Why this role matters The National Management Centre will provide visibility and control … Read more

📈 How many Police Jobs are there just now?

There are 1 Police Jobs right now.

✉️ How can I get notified when there are new Police Jobs ?

Sign up for email alerts to get the latest Police Jobs .

💼 Who is employing for Police Jobs ?

Employers like BT are looking for staff to fill Police Jobs .