If you are looking for a job in Wester Ross you have come to the right place. Our mission at HIJOBS is to show you career opportunities across the wide range of industries, services, trades and profession in the job market today. If you do not find what you are looking for, you can register and stay up-to-date as we continually update the page with new listings that arise in this area. Whether you are exploring a career change or hoping to make progress along your current path, we are here to help you find a role to suit your needs and goals.

Below you will find the current vacancies in Wester Ross; use the filters to focus your search on the type of role you are looking for.

After you are done, use our guides to make your application process less daunting. Take a look at the HIJOBS application advice pages for some tips on how to get started. We hope you find the perfect job for you in Wester Ross. Read more about living and working in Wester Ross.

Fancy earning whilst learning? This could be the start of a very rewarding career for you! If you are the right person for our firm then you could take the first step towards gaining a professional accountancy qualification. … Read more

Farm Technician Loch Alsh Salary £20,464 to £25,961 per annum Are you a highly motivated individual looking to expand your career? We are currently looking for a passionate and hardworking individual to make a difference … Read more

Due to significant investment in the company, we are looking to recruit Full Time, Part Time and Weekend Freshwater Operatives at our Applecross hatchery...  … Read more

Kyle & Lochalsh Community Trust is looking for a Facilities & Operations Manager to join a small, friendly and dynamic team to oversee Operational staff and volunteers, to support them them in service and project delivery and to also ensure that all our assets - Toll Office, Kyle Facilities, the Plock & the Pontoons- are well maintained. … Read more

Due to significant investment in the company we are looking to recruit a Freshwater Technician to support the growth and development of our Applecross site... … Read more

The role of the new Senior Care Co-ordinator will support the leadership of the Director of Care and bring a calm, experienced, presence to the care team. … Read more 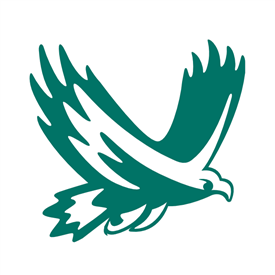 West Highland College UHI is looking to recruit an Instructor in Cookery & Hospitality based at our Ullapool Centre. … Read more

📈 How many Jobs in Wester Ross are there just now?

There are 23 Jobs in Wester Ross right now.

✉️ How can I get notified when there are new Jobs in Wester Ross?

Sign up for email alerts to get the latest Jobs in Wester Ross.

💼 Who is employing for Jobs in Wester Ross ?

🐟 Are there Aquaculture jobs in Wester Ross?

Aquaculture is a growing and increasingly important food production industry to Scotland. It helps to underpin sustainable economic growth in rural and coastal communities particularly in the Highlands and Islands with many depending on the employment and revenue it provides.
Organisations like Mowi Scotland are always on the lookout for new team members. They grow salmon in the remote and pristine waters of the Western Highlands and provide jobs and support fragile rural economies in some of the most remote communities in the country.