This is a brief memo to everyone who has been saying we are all doomed and the industry is going to hell in a hand-cart: guess what guys? You are wrong.

Yes, Scottish oil and gas, like every other nation in the sector, has had to ride out the collapse in oil prices since 2014.

BUT consider this: oil and gas innovation spend almost trebled in this country last year, with Scottish Enterprise providing £15.9m for 82 companies to deliver 111 projects.

In September 2017 Energy Minister Paul Wheelhouse went on the record, saying: ‘Scotland’s oil and gas industry has a bright future, and it is encouraging to see continued increase in production over the last two years.’

Official statistics say oil and gas production in Scotland rose year-on-year by 2.9 per cent in 2016-17; that’s an oil equivalent of 74.7 million tonnes.

It is part of that tried and tested formula: work smarter not harder. 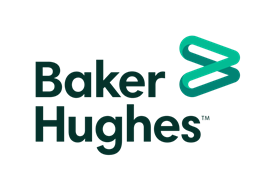 How many Oil and Gas Jobs are there just now?

There are 2 Oil and Gas Jobs right now.

How can I get notified when there are new Oil and Gas Jobs ?

Sign up for email alerts to get the latest Oil and Gas Jobs .

Who is employing for Oil and Gas Jobs ?

Employers like Baker Hughes are looking for staff to fill Oil and Gas Jobs .